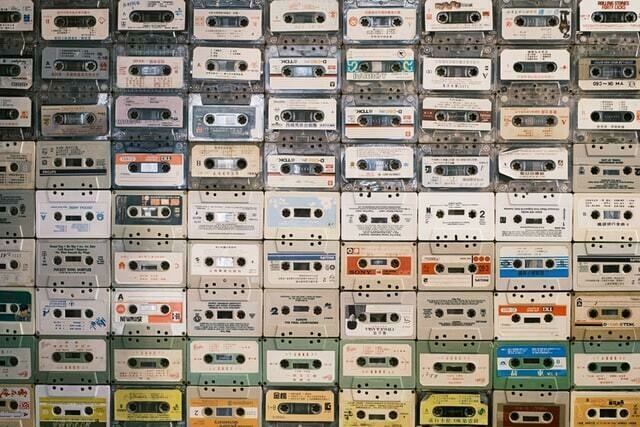 In response to @Jabel writing about mixtapes here I thought to write my own response. Now that I am on Micro.blog this seems to be something I can do, have proper conversations with other people over the internet who would have thought!

So the mix tape is something that is now history. I see in the way my kids consume music that it inhabits a different place for them in their lives than it did for me. Music is like water from a tap for them, the pursuit of a good half heard song, of the chance of listening to an artist that isn’t on the radio, these problems just don’t exist like they did for me growing up in Scotland in the Eighties.

When I was a teenager and CD’s were just taking over the cost of music was high. A CD was something I could afford only very infrequently. It was just much harder to hear music. How to audition the music you actually could afford to buy was pretty tough too so every purchase had to be weighed carefully and thought through repeatedly. Also how it would look to your friends? Forinstance at my school I like to remember there was a Simple Minds vs Smiths split on which I firmly came down on The Smiths side so your music taste often was part of your identity too.

The mixtape then was a window into someone elses taste, and an audio form of introduction of yourself, sometimes a love letter. As a 21 year old I went to India working and travelling for six months. The mixtape I got from my girlfriend (lots of ABBA!) when I got out there was one of my most treasured possessions out there.

Beyond the bands and tunes I discovered from friends mixtapes for me I also learnt attitudes to music, a concern with playorder and pacing that from a good DJ set, forinstance, I still love to look for.

There was an art to a good mixtape that those that lived through those times I think will remember fondly. To like music you had to be a collector, you needed to dig for records, music was limited and precious.

Collecting now is different. I still love to buy CDs (only the very few important ones). I still want to have my own mp3 collection, and Spotify is more of a place to audiiton and share music than the place that holds my ‘collection’ whatever that is anymore. Yet still I can’t give up on buying music even though it comes for free with my subscription.

As Jabel writes the imperfections of the mixtape also helped to make it what it was, through those imperfections they became personal. I would love to think that even now if you do something with love and your own personal stamp then it will be worth it whatever the medium. 🎵