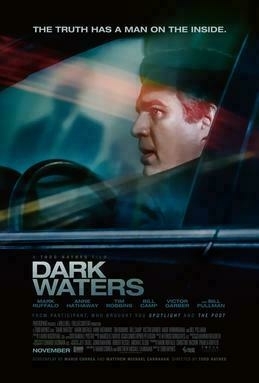 The film is based on the article The Lawyer Who Became DuPont’s Worst Nightmare about the Lawyer Robert Bilott and his twenty year fight against DuPont to expose their dumping of PFAS chemicals in the groundwater of Parkersburg, West Virginia. A grittier Erin Brockovich with some strong performances but maybe some difficult editing choices and in which the color grading seems to chop around a lot which distracted me. Overall though gripping and worthy of a watch. ★★★